The MyBatis source code and documentation is distributed under the Apache License 2.0. This product includes software developed by The Apache Software Foundation.


In 2001 a project called iBATIS was started by Clinton Begin. Originally the focus was on the development of cryptographic software solutions. The first product to be released by iBATIS was Secrets, a personal data encryption and signing tool much like PGP. Secrets was written entirely in Java and was released under an open source license.

Shortly after releasing Secrets for Java, the iBATIS project turned a corner and began focusing on web and other internet related technologies. During the next year a couple of interesting pieces of software were developed, including the Axle web framework, which was an alternative to JSP. The Lookout email client was also about 90% completed before being set on the back burner, as more interesting challenges were to come...


In early 2002 Microsoft published a paper claiming that .Net was 10 times faster and 4 times more productive than J2EE. Realizing that this was simply not the case, Clinton quickly responded and on July 1, 2002, iBATIS JPetStore 1.0 was released. Based on the same Pet Store requirements, JPetStore demonstrated that Java could not only be more productive than .Net, but could also do so while achieving a better architecture than was used in the Microsoft implementation.

JPetStore made use of an interesting persistence layer that quickly captured the attention of the open source community. Shortly after releasing JPetStore, questions and requests for the SQL Maps and DAO frameworks spawned the project that would become known as iBATIS Database Layer. The iBATIS Database Layer includes two frameworks packaged together: SQL Maps and DAO.

From that point on the iBATIS project is heavily focused on the persistence layer frameworks known as SQL Maps and Data Access Objects (DAO). JPetStore lives on as the official example of typical usage of these frameworks.

The project was maintained primarily by Clinton Begin, Larry Meadors and Brandon Goodin.


In 2004 Clinton donated iBATIS in both name and code to the Apache Software Foundation. There it became Apache iBATIS and the ASF served as the home of iBATIS for 6 years. People came and went, but a few new names were added to the list of regular project maintainers, including Nathan Maves and Jeff Butler.

In six years a lot had changed in the world of open source software. Everything from development practices, infrastructure, licensing and even database technology changed drastically. In 2010 the core development team decided that these developments were worth exploring and that iBATIS would benefit from some significant changes. This was a serious consideration and the move meant leaving the iBATIS name behind.


The original iBATIS team is happy to present you with the new name for the world's most popular SQL based data mapping solution for object-oriented software development.

The new project benefits from improved development practices, automation, simpler community involvement and unified infrastructure. This is a launch pad for the future, where we hope to release more often, encourage contributions and identify a clear new direction for the project.

What's in a Name


Coming up with a new name wasn't easy. The old name had roots in cryptography and security (derived from "abatis"). After some research we discovered that "batis", among other things, was a genus of nice little birds. How can that be anything but good? :-) 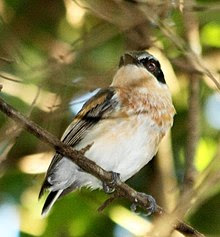